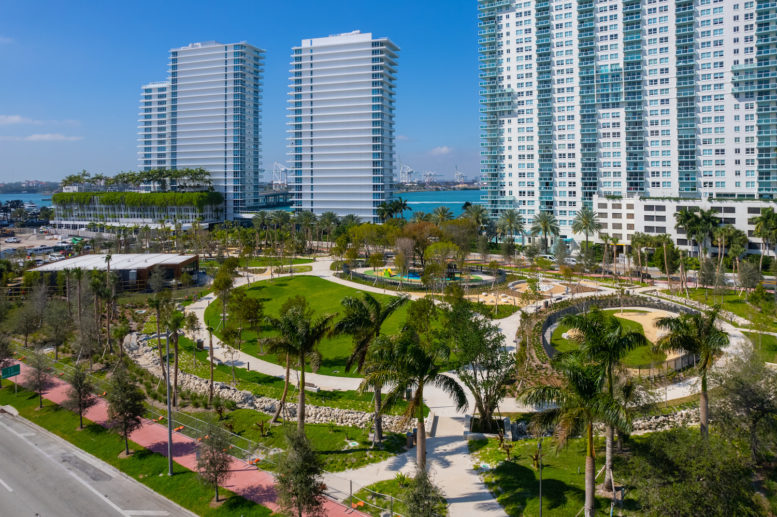 Canopy Park, Miami Beach’s new three-acre community park situated between the 600 and 700 blocks of Alton Road and designed by ArquitectonicaGEO, is now open to the public. Park-goers can enjoy open greenspaces shaded by native tree species, pedestrian trails and bike paths, an outdoor gym and dog run, a MONSTRUM-designed children’s playground, and public art displays. Designed with sustainability in mind, Canopy Park reflects how landscape architecture can serve as a green resiliency solution for coastal communities with a host of environmentally conscious features including a Maritime Hammock, bioswales, and a 25,000-gallon cistern to conserve and manage rainwater. 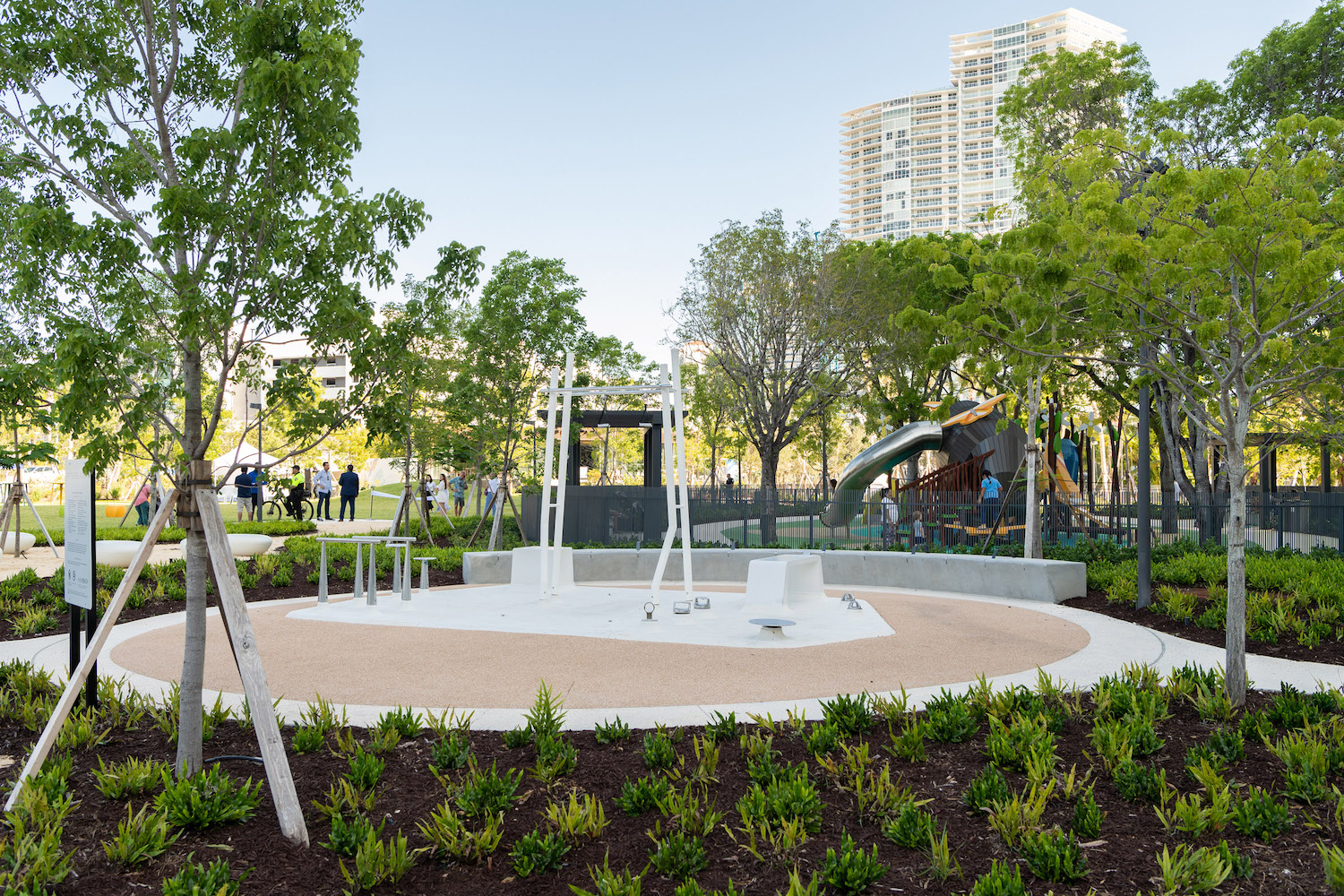 Additionally, Canopy Park will connect to Miami Beach’s popular South of Fifth neighborhood and complete the Miami Beach Baywalk via a new signature pedestrian bridge designed by Daniel Buren spanning the MacArthur Causeway/5th Street, creating a safe and seamless connection running from South Pointe Park north to the Lincoln Road District and east to the beachfront. 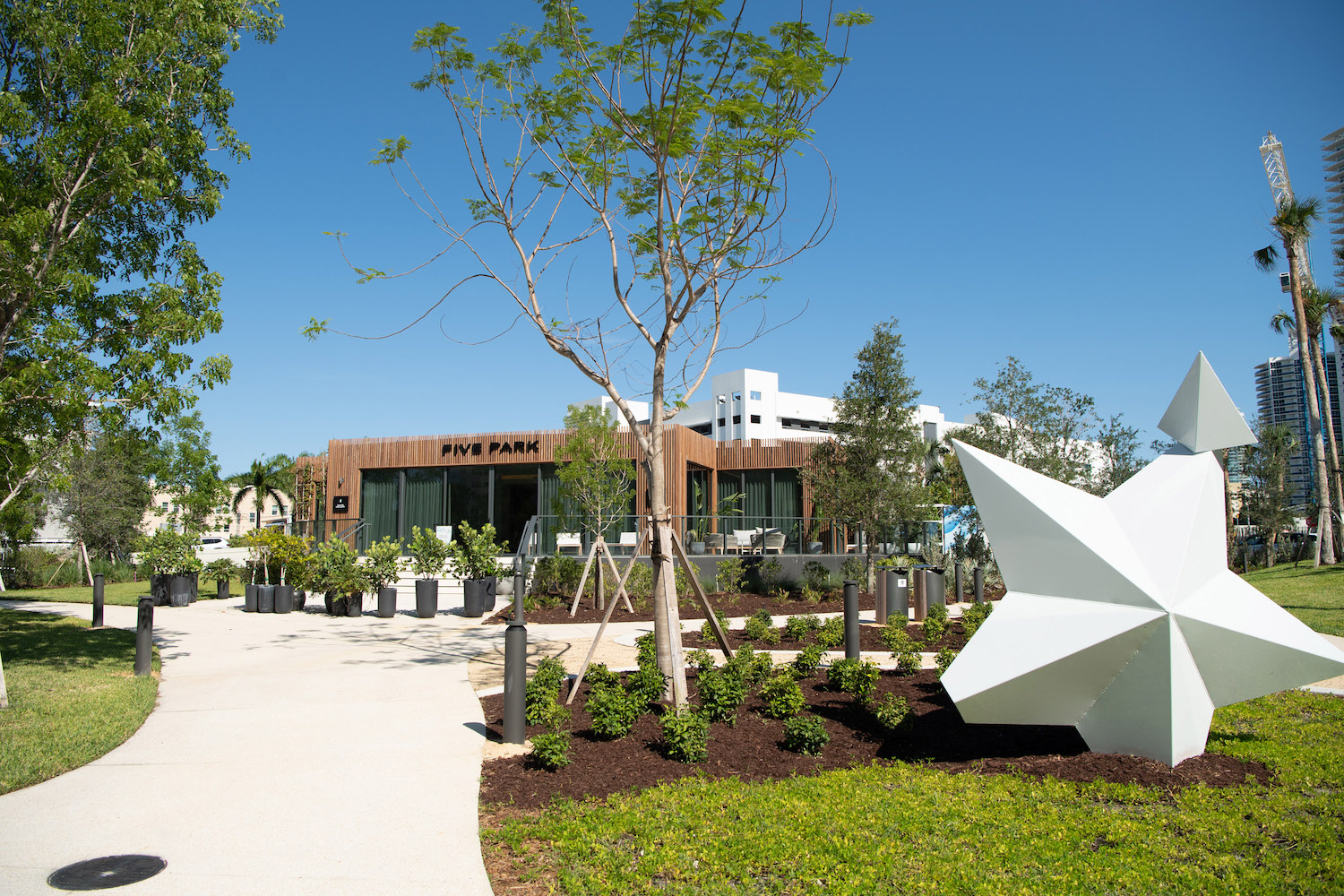 “Instead of a massive wall of rental units, we now have this exquisite greenspace in a neighborhood where no one has a backyard,” said City of Miami Beach Mayor Dan Gelber. “This park will quickly become a welcomed amenity for nearby residents and a favorite gathering spot for our entire community.”

“Canopy Park will be a gateway for the City of Miami Beach, a destination for visitors, and an everyday amenity for residents, so we’ve taken the time to assemble a team of visionaries who have led some of the most transformational projects in the world,” said developer Russell Galbut of TCH 500 Alton, LLC. “We’ve created a vibrant community asset that brings people together while providing a design experience that rivals public spaces in the world’s greatest cities.” 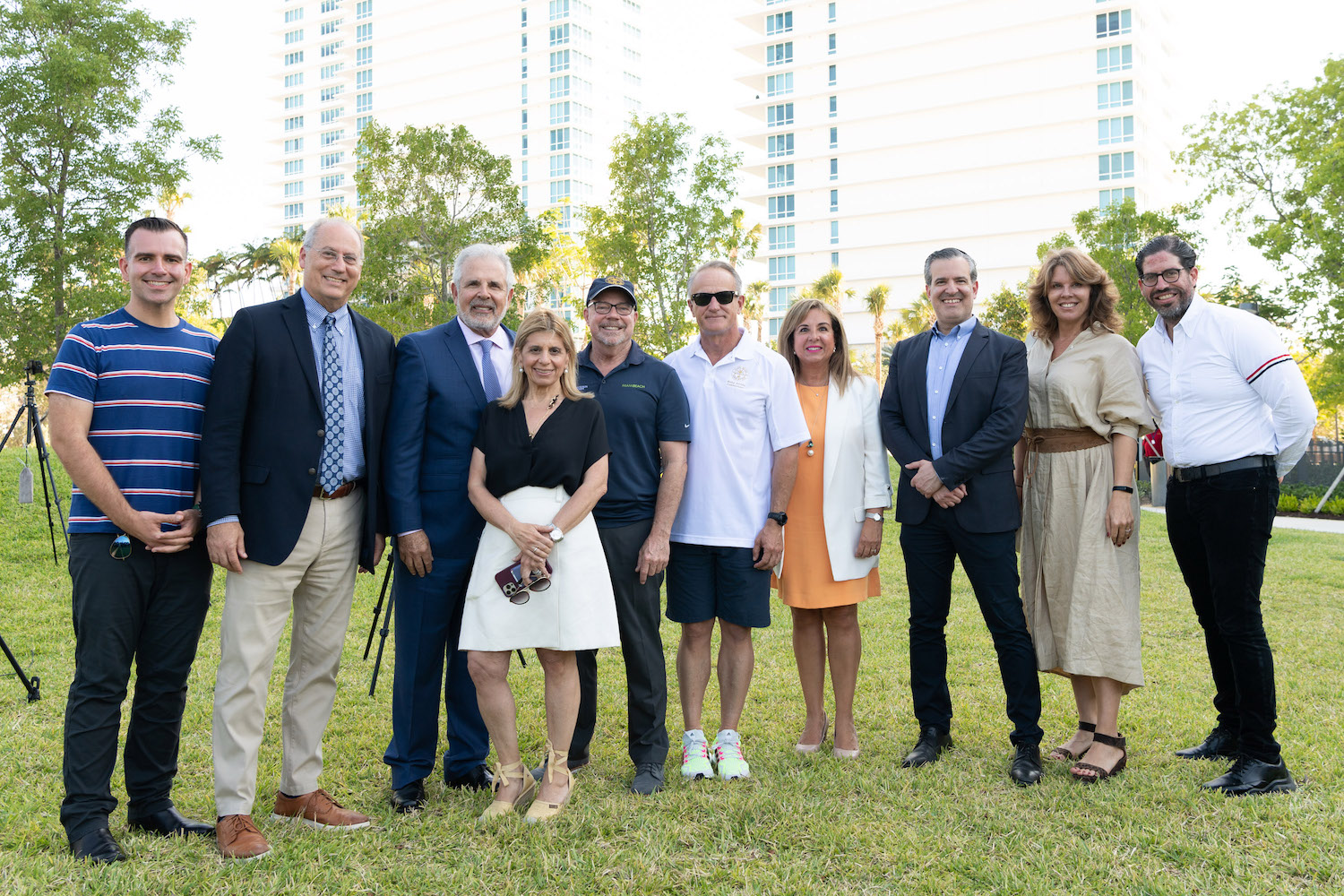 A major design component of Canopy Park, which was imagined by landscape architect Laurinda Spear’s ArquitectonicaGEO, is a “natural play” playground by Danish design firm MONSTRUM, which is famous for creating artistic and architectural playscapes around the world. A standout element of the playground is an eye-catching slide paying homage to pioneer developer Carl G. Fisher’s cultural mascot Rosie the Elephant, an instrumental historical figure known for putting Miami Beach on the map as a luxury destination and “America’s winter playground” in the early 1920s. Infused with art and design, a distinctive sculpture by Miami-based artist Mark Handforth also enriches the outdoor space. 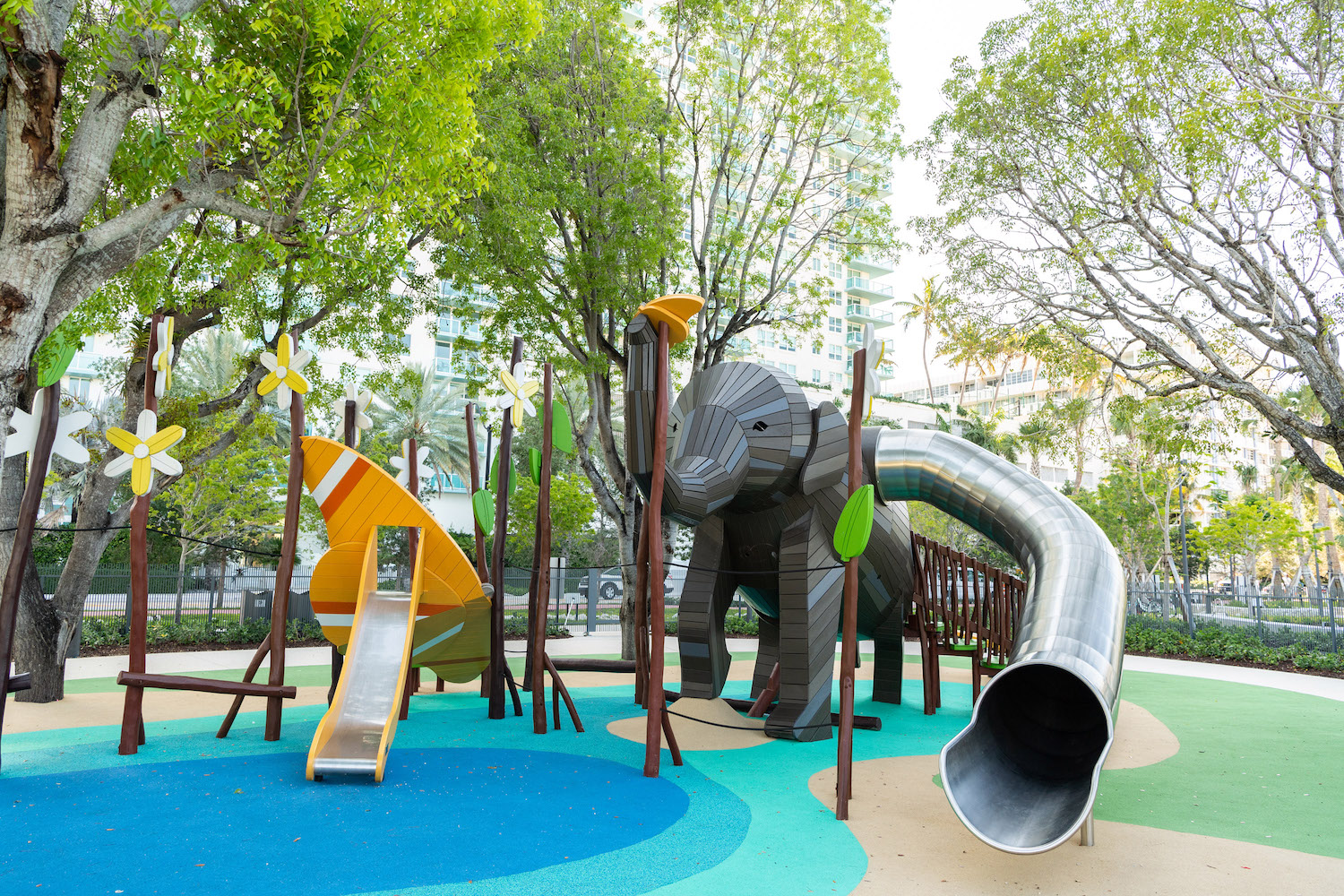 “Canopy Park was designed with beautiful aesthetics in mind but also serves a broader environmental purpose,” said developer David Martin of TCH 500 Alton, LLC. “The park’s innovative sustainability and resiliency attributes will benefit not only the future residents of the adjacent Five Park tower, but also the entire surrounding neighborhood.”

Canopy Park was developed by TCH 500 Alton, LLC, a partnership between two of Miami Beach’s deepest-rooted real estate developers: David Martin and Russell Galbut. The development team, which is also behind the neighboring Five Park residential tower, constructed and donated the park to the City of Miami Beach’s Parks & Recreation Department as a gift to the community’s residents and visitors.

Next door, construction is underway for what is to become the tallest building in Miami Beach. The development, dubbed Five Park, is designed by Arquitectonica with interiors by Gabellini Sheppard Associates and will rise approximately 546 feet across 48-stories. Plans for the project include 98 two-to-five bedroom fully-finished luxury residences ranging from 1,434 to 6,000 square feet paired with unparalleled five-star amenities, including Miami Beach’s premier resident-only members club, The Canopy Club. The project is estimated to be completed in 2024.