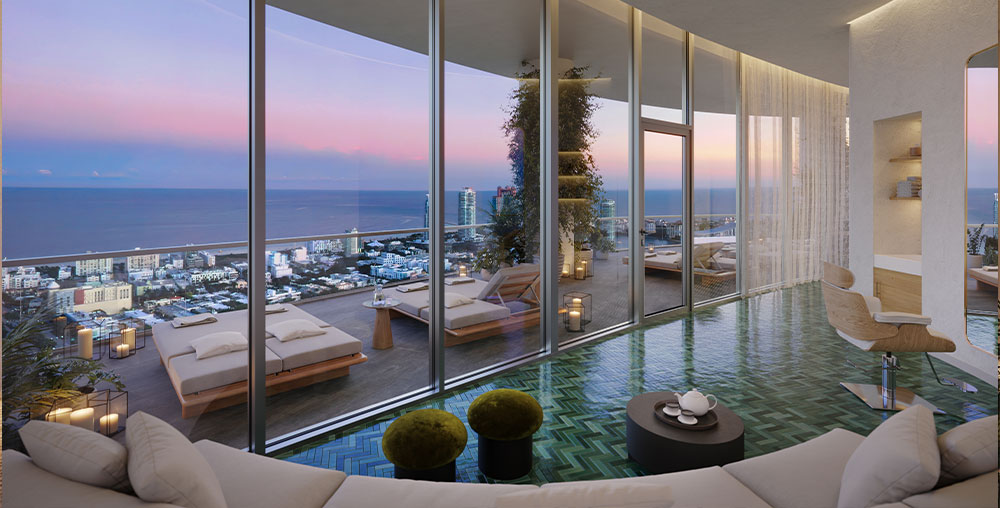 If you haven’t visited Miami Beach recently, you’re in for some wonderful surprises, starting with the vibrant art and restaurant scene, and soon to include Five Park, most likely the last new luxury condo complex of its kind.

The visionary behind the project is Russell Galbut, lawyer, developer, and principal of Crescent Heights. It took Galbut 16 years to acquire all the parcels of prime real estate. Assembling just the right team to design the building, the bridge, and the adjacent parkland wasn’t half as difficult because Galbut was groomed in service. His father was in the military. When it came time to go to college, Galbut chose Cornell for its hotel management school. “That’s where it was truly ingrained in me that service meant high quality. That’s also where I was introduced to snow.”

It wasn’t long before Galbut was building hotels of his own and making sure they possessed the amenities and lifestyle he knew guests wanted.

“Five Park will stand on its own,” said Galbut matter-of-factly, who likes to describe it as a home on the water in the sky. It will also soar over a pedestrian bridge.

The sales office opened at Art Basel Miami and sales are soaring, too.

“Unlike Palm Beach, which is still a sleepy town — and its residents delight in that fact! — Miami Beach is on fire,” he said. “In just 100 years, we’ve become the cultural hub for the Americas.”

All that and better weather, too.