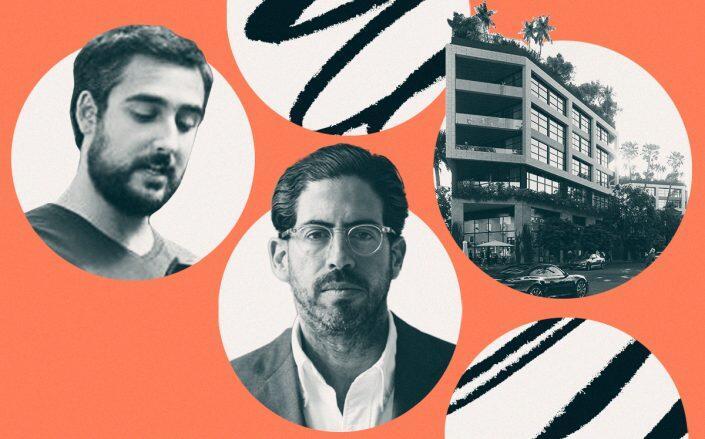 After embarking on projects throughout Miami-Dade County, David Martin’s Terra is making another play on a market it knows well: Coconut Grove.

Miami-based Terra and Miami Beach-based AB Asset Management want to replace The Malone hotel at 2835 Tigertail Avenue in Miami with a five-story apartment building, according to city records. The Residences in the Grove would have 174 units; 24,000 square feet of retail; and 344 parking spaces.

Miami’s Urban Development Review Board will vote on the project at its Wednesday meeting. The proposal fits in the existing city zoning for the site, but the board still reviews projects, including those over 200,000 square feet.

Terra and AB Asset, through an affiliate, bought the 2.2-acre site that now is home to the 140-key hotel for $31 million last year. The existing three-story building, completed in 1966, was once apartments, city records show.

The Arquitectonica-designed project will include a coral rock façade and other features that will blend with Coconut Grove’s greenery, according to an emailed statement from Martin.

Construction of Residences in the Grove is expected to start next year, Martin said in his statement.

AB Asset, led by co-founders Zalman “Getzy” Fellig and Shmuel “Sam” Zalmanov, has residential and retail real estate investments in South Florida, as well as in Louisiana, Georgia, New York, Michigan, and Wisconsin, according to its website.

Terra has a long history of developing in Coconut Grove but has been focused on other Miami-Dade markets recently.

In Miami’s Little Havana neighborhood, Terra is developing the first phase of its CentroCity mixed-use project. It includes a revamp of the existing plaza and the construction of a 470-unit apartment complex at 3825 Northwest Seventh Street, next to Magic City Casino.

In Bay Harbor Islands, Terra is building a residential project with offices and retail at 1177 Kane Concourse.

The developer also is making a major play on South Beach. Terra and Russell Galbut’s GFO Investment are building the Five Park condo tower at the entrance to the barrier island at Fifth Street, on the site of the former South Shore Hospital. A few blocks north, the duo also wants to redevelop the Miami Beach Community Health Center at 710 Alton Road.

Terra also has other projects in the works in Coconut Grove. It is developing the Mr. C Residences condominium, and its Grove Central apartment and retail project topped off this summer.

Terra’s completed Coconut Grove projects include the Grove at Grand Bay condominium, known for its pair of twisting towers; and Park Grove condos.